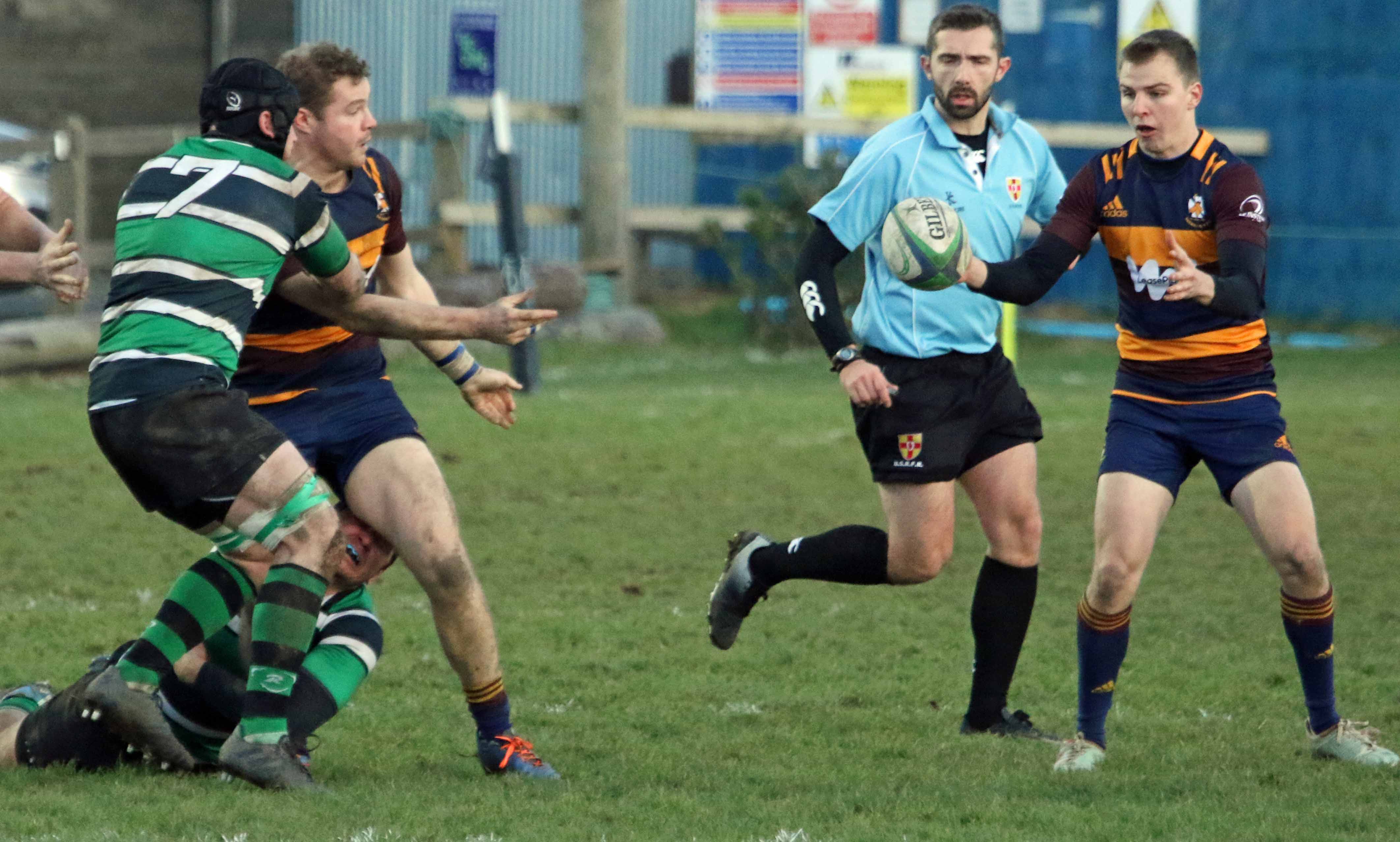 The last game before Christmas was a huge challenge for the Skerries, particularly due to the fact that they lost outstanding prop Cormac Marrey before kick-off.

Clonmel, newly arrived into the AIL League, proved a mighty challenge from the get go. Clonmel went ahead with a penalty after three minutes and it took Skerries a further ten minutes to score an excellent try by Ross McAuley and brilliantly converted from the touchline by Paul O’Loghlen. Skerries playing with a stiff breeze tried to press on but the visitors held on stoutly and the Skerries 7-3 lead at half-time looked precarious. During the first-half Skerries lost Conn Marrey again causing problems for the front row.

Little happened for the early part of the second-half and after a long break for an injury to one of the Clonmel players, Skerries scored a typical home team try after great combination work by Evan Sherlock and a fantastic line by Conor Lennox. Lennox scored under the posts and ably converted by Paul O’Loghlen. For the next ten minutes, Clonmel dominated and eventually scored a penalty try to leave the score 14-10. After another series of scrums, Skerries survived and excellent hands by the backs, Ross Gordon scored in the corner and O’Loghlen again converted to leave the score 21-10. Skerries now pressed home for a bonus try but to no avail.

The changing front row of Murphy, Marrey and Sherwin, with the help of Scuffil and Leonard worked tirelessly on a difficult day. O’Hare and Fay Watt put in their usual shift and the back row of Turvey, Jenkinson and McAuley supplemented by Sherlock worked the hard yards.

It is from the forwards that this week’s “Man of the Match” is awarded, Kieran Leonard was outstanding when he came on and his several crunching tackles were critical in stopping the Clonmel onslaught.

In the backs Carron and O’Loghlen put in big shifts with an excellent cameo performance from Woods. Lowndes and McGrath were not allowed to dominate but always looked dangerous. Lennox, Jones and Oliver ably assisted by Gordon all played their part.

This was a hard fought victory and it is obvious that the team, coaches and supporters need a break to recharge the batteries. It has been a fantastic first half to the season and the players and coaches deserve huge credit. We are in second place in the table, three points behind league leaders and it’s all to play for in 2020.

Again huge thanks to the team and coaches and especially to the supporters for giving us such a great season so far and we wish you all a very Merry Christmas and Happy New Year. We look forward to our return trip to Clonmel in January.