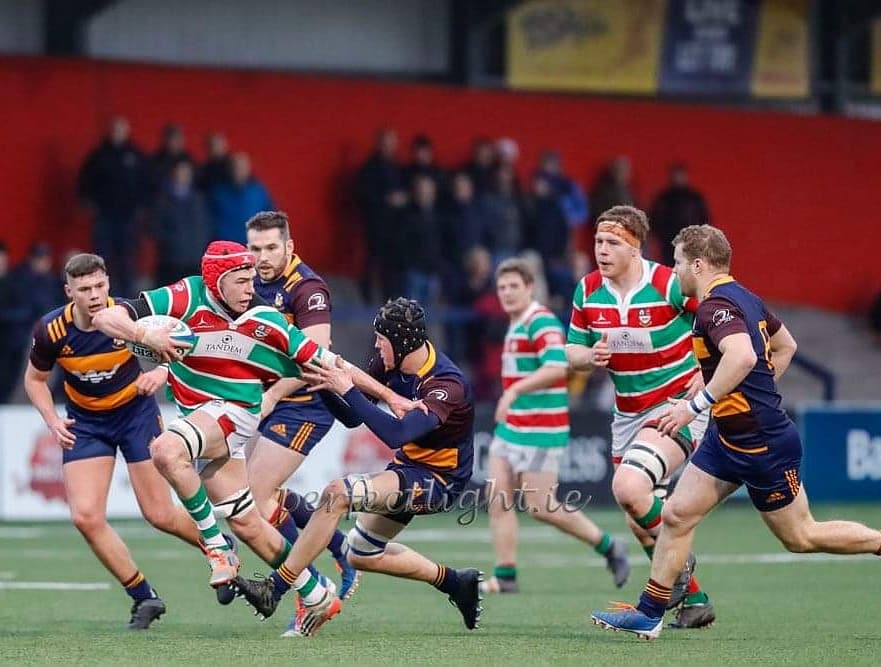 A long trip to Cork for the players and supporters this week. The first ten minutes were very cagey with lots of mistakes by both teams. Skerries scored first after a ruck infringement by Sundays well, an excellent kick by Paul O’Loghlen. Very little happened in the next fifteen minutes until Skerries got a lineout ten metres from the home team try line and after an excellent maul, Con Marrey scored a try, ably converted by O’Loghlen. O’Loghlen converted another penalty after 38 minutes to lead 13-0 at Half-time after playing with a strong wind. Sundays Well had a big pack which took Skerries a long time to get to grips with. The Marrey brothers, Sherwin and second rows, O’Hare and Fay Watt put in a big shift. Although in control at half time, Skerries knew they would be under huge pressure in the Second-half.

The first 20 minutes of the Second-half passed without much incident except stout defensive by Skerries, particularly Jenkinson, Turvey and McAuley. On 60 minutes after continuous pressure from the Well, they were rewarded with a well worked try making the score 5-13.

The home team were now in the ascendency and again after huge forward momentum, they scored a converted try after 66 minutes leaving the score 12 – 13. The next 15 minutes were probably the hardest Skerries put in this season but they came out with flying colours. In one passage of play, Sundays Well were driving an excellent maul when substitute Evan Sherlock emerged with the ball. This was a pivotal moment in the Second-half. The last five minutes saw Skerries maintain their composure to hold out for a well-deserved victory.

This result shows how much this team has improved this season and this was a crucial victory with a final score of 13-12. The man of the match this week was Conn Marrey who put in a typical gritty performance and a huge shift in each half.

Oisin McKee made his AIL debut on 55 minutes and did very well, definitely one to watch. The remaining substitutes of Leonard, Murphy and Woods all added value. It was a difficult day for the backs in blustery conditions but Carron, O’Loghlen, McGrath, Lowndes, Oliver (late replacement for Gordon) Jones and Lennox all worked their socks off. This was a resilient performance by an improving team.

Next week Skerries have their last Energia AIL match before Christmas against League newcomers, Clonmel RFC, which will be another challenge and this team deserves all our support.