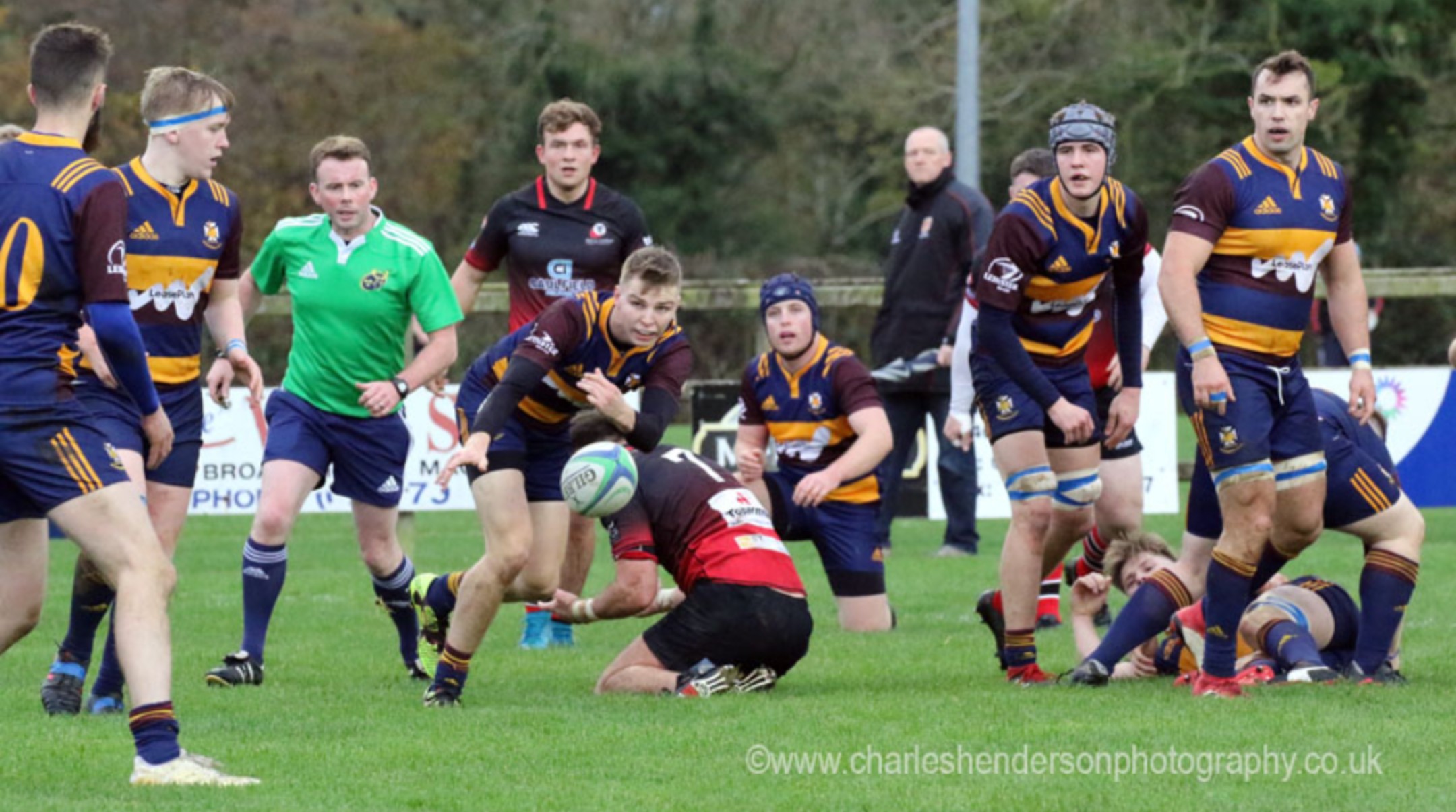 The statisticians, mathematicians and psychologists would struggle to make any sense of the fact that Skerries are the third highest scoring team in the League and yet are rooted near the bottom of the table without a win to their credit this season. The fraternity of the Glass Half Full would suggest they must be doing something right and indeed they are, but the Glass Half Empty brigade would counter and say the team has also conceded more points than any of their competitors.

The contest on Saturday away to Rainey, was a real battle for the two teams at the bottom of the table and had there been another five minutes on the clock Skerries could easily have snatched a draw. Skerries gave the home team the ideal start when their backs were deemed to be offside at the lineout resulting in the Rainey full back McClean slotting over an easy penalty from 35 Meters. A few minutes later Skerries number 10, Mulcahy, kicked a difficult penalty to leave the scores even with 10 minutes gone.

The Skerries scrum and lineout were malfunctioning and this provided Rainey the ideal platform to score the first try of the match for their right winger Alan Donaghy. The conversion was missed but it did give the home team a handy lead. Skerries Peter O’Neill was yellow carded, down to 14 men now which Rainey took full advantage off, scoring another penalty and converted try to leave them 18-3 ahead with half time approaching.

Skerries did what all good teams must do in this situation and that is exactly what they did, scored a try just before the break. Young Ben Jenkinson was credited with the score after some good interplay between the backs and forwards and for good measure, Billy Mulcahy popped over the conversion. The score at half time was 18 -10 in favour of Rainey Old Boys and there were reasonable grounds for optimism as the wind had died and offered no real advantage to the home team.

Rainey started the second half as they had the first with a try from their number 8 Paul Magowan, once again the Skerries scrum crumbled and the score was the easiest of the afternoon. Skerries struck back immediately with a well worked try by Tom Mulvaney and with the conversion wide off the mark it left the Goats trailing 25 -15.

The Rainey right winger picked up another try with the Skerries back line short on numbers. The ten point margin was restored when Skerries second row, Tom Mulvaney scored a well-deserved try. The Rainey prop, Rutledge, lifted home spirits with a fine individual effort but Skerries responded with fine tries from Kevin McGrath and Paul Devitt.  The final score was Rainey Old Boys 37- 30 Skerries.

Skerries managed to scavenge two bonus points and great credit to the team for sticking to the task.

If they can apply the pressure and deliver the accuracy needed earlier in the match then there is real hope for the rest of the season and what better time to deliver than at next week’s  home game against the men from Galway.