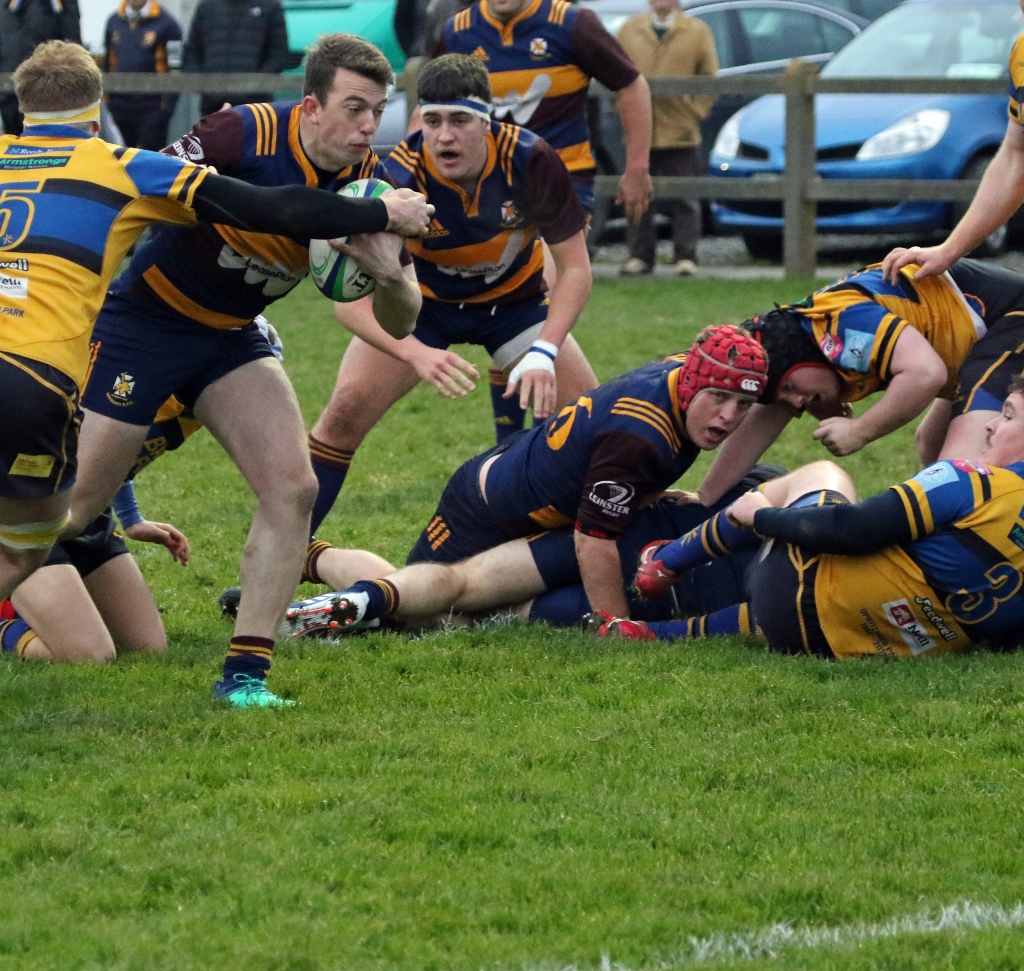 On a beautiful crisp winter’s day in Holmpatrick, the home team served up a high quality performance. After a bright start, Skerries fell behind to a Bangor penalty after 7 mins, but on 17 minutes Paul O’Loghlen brought the scores level. On 28 minutes O’Loghlen again converted to put the home team 6-3 ahead.

At this stage Skerries lost two of the front row forwards to injury which caused disruption and also had a player in the sin bin. It didn’t stop Skerries scoring their first try. A great break by centre Dara Lowndes was finished off by captain Kevin McGrath and converted by Paul O’Loghlen to leave the home team 13-3 ahead. On the stroke of half time Bangor scored another penalty to leave the score 13-6 to Skerries at the break. The back row of Jenkinson, Turvey and McAuley were outstanding with Cormac Marrey putting in a huge shift.

Bangor started well in the second half and after a spell of pressure scored a try to leave the score at 13-11. On 52 minutes, after great interplay between backs and forwards, McAuley took a perfect line and scored and the conversion followed. Home team now led 20-11. With 25 minutes to play Skerries sensed an opportunity to get a try scoring bonus point. On 60 minutes again after a great passage of play, Carron scored from close range and O’Loghlen converted. On 66 mins Skerries got their bonus point scored by man of the match Ben Jenkinson and again converted by O’Loghlen. There was time for a further try, this time Paddy Fay Watt got his debut try, again converted by O’Loghlen, to leave the final score 41-11 to the home team.

Overall this was a great team performance and despite a few injuries all the replacements added value, Evan Sherlock, Kieran Leonard, Ruari Woods, Cormac Murphy and Mark Oliver.

The handling of all the backs was excellent and the link play by Thomas O’Hare was also outstanding.

The back three of Jones, Lennox and Gordon were a constant threat and fed off the work of centres McGrath and Lowndes who were again outstanding.

A great 3 weeks for Skerries and a break now before another 3 week spell with the team in good shape and time to mend the few injuries.

This team deserves all of our support.