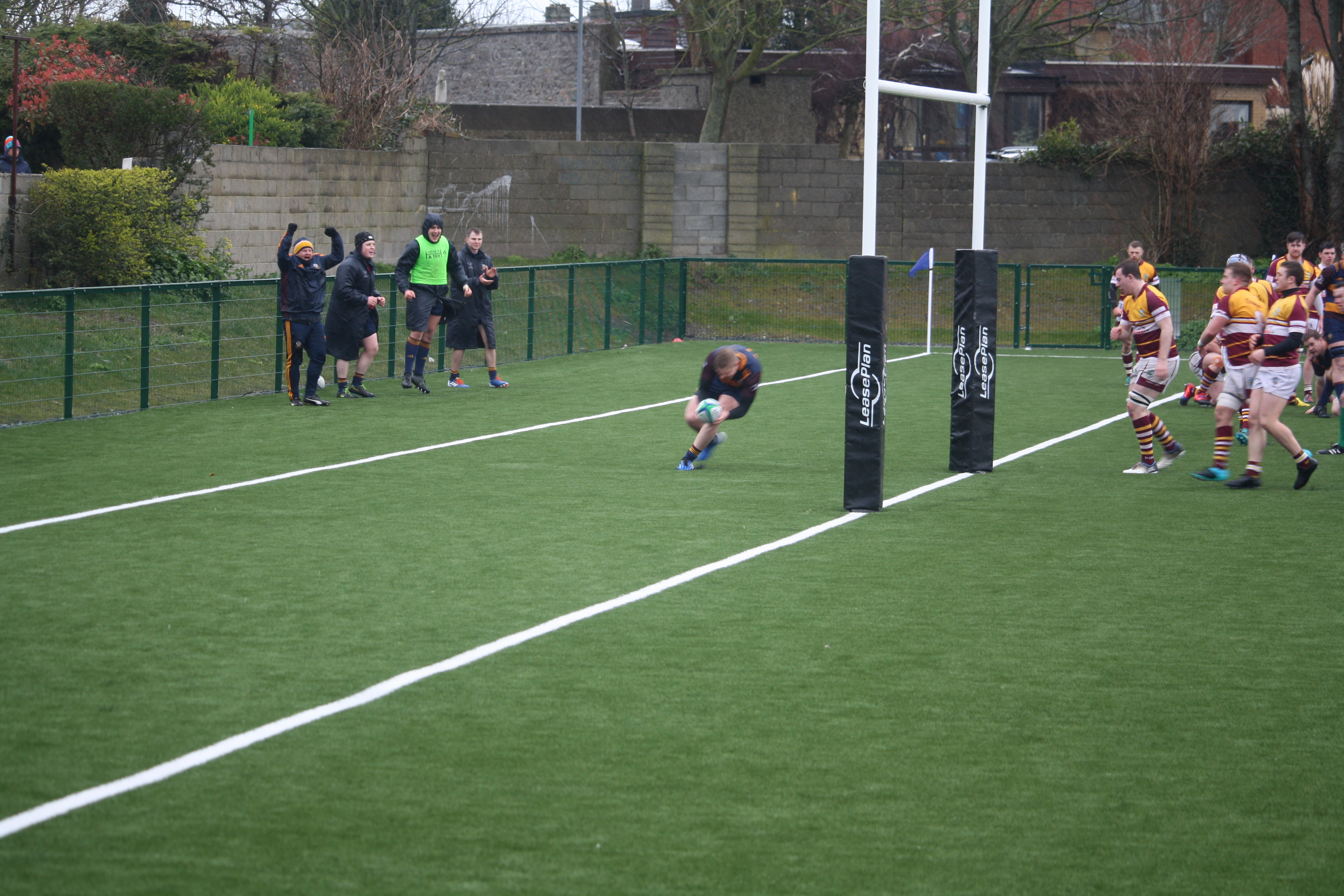 Another big hurdle crossed in the home team’s quest for promotion. On another miserable Saturday afternoon weather-wise, the home team rose to the challenge as in previous weeks. Skerries had plenty of possession in the first 10 minutes but only had a Paul O’Loghlen penalty to show for their efforts. A strong Skerries scrum and an excellent maul lead to a try from Mark Oliver and a conversation by O’Loghlen, to leave the score 10-0 after 23 minutes. The home team pressed again and just before half time, again after a strong maul, Eoghan Carron emerged to score and O’Loghlen again converted to leave the half time score 17-0 to the home side. Strong performances from both the Marrey brothers in this half and again the backrow of McAuley, Turvey and Jenkinson were outstanding.

The second half would be a challenge as the wind was against and Bruff upped their performance. But again, a strong defence by the home team stifled their progress. On 47 minutes, again after a strong Skerries maul, Mark Oliver scored again (his 4th try in 2 matches) and the try was excellently converted by O’Loghlen. There then followed a period of strong Bruff pressure on the line and they were rewarded with a well-earned converted try to leave the score 24-7 with 15 minutes remaining. Skerries sensed an opportunity to get a bonus try and after an excellent break by Lorcan Jones it nearly happened, only to be caught short of the line. But Jones was not to be thwarted and on 32 minutes he made another break and scored a fantastic try, again converted by O’Loghlen to leave the final score 31-7.

This was our first AIL match on our new All-Weather pitch and without it, we would have had difficulty in playing a match as the conditions were atrocious on the day.

Overall, another excellent performance by the home team with Halligan, Mulvany and Fay Watt again showing up well, Sherwin had a huge scrum performance and all the backs in particular Jones, Lowndes, Carron and Oliver and the substitutes all played their part. We next play away to Midleton on 14th March which will be a huge challenge, as they have had a couple of wins on the bounce.