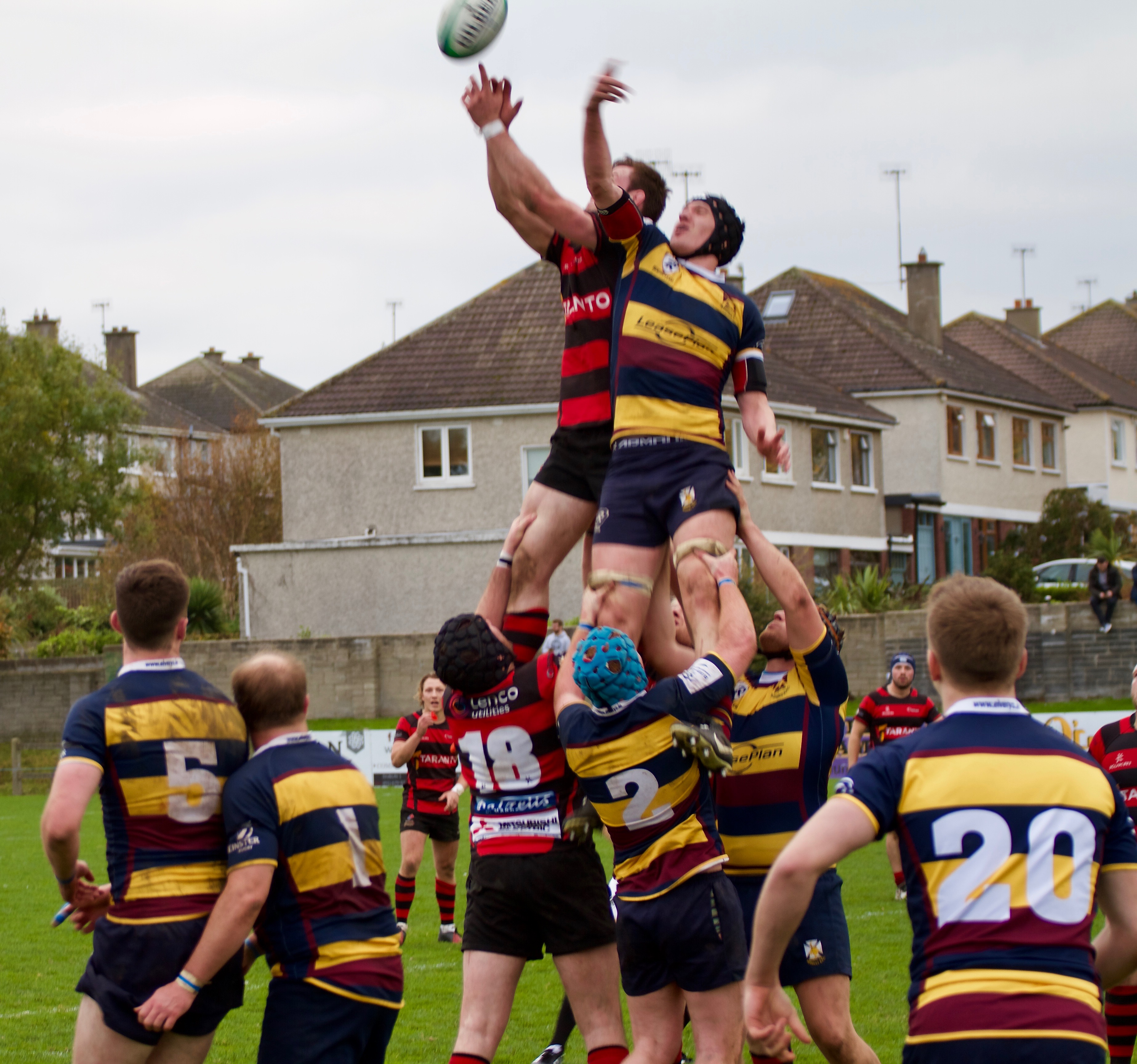 crowd why they sit at the top of the League as they came away with a four try bonus point victory.

Skerries had played well in patches but found the pace of the visitors just too hot to handle.

struck back for the goats with two well taken penalties. The Armagh out half Harvey Young

responded with two penalty kicks to leave the score 11- 6 with half time approaching. Just before the

whistle for the break, Chris Tonge scored a well worked try after the pack had mauled some 15 yards

to the try line.O’Loughlen’s conversion was narrowly wide and so the teams ended up level at 11

points all as the referee Chris Harrington blew for half time. After the break the Visitors were first out

converted and that effectively killed off the Skerries challenge.

try for their big number 8 Neil Faloon which Harvey converted for good measure.

but time ran out and the Visitors went home with 5 points in the bag .

Skerries next fixture is against Thomond on Saturday Nov 5th. in Liam Fitzgerald Park, 2.30pm.