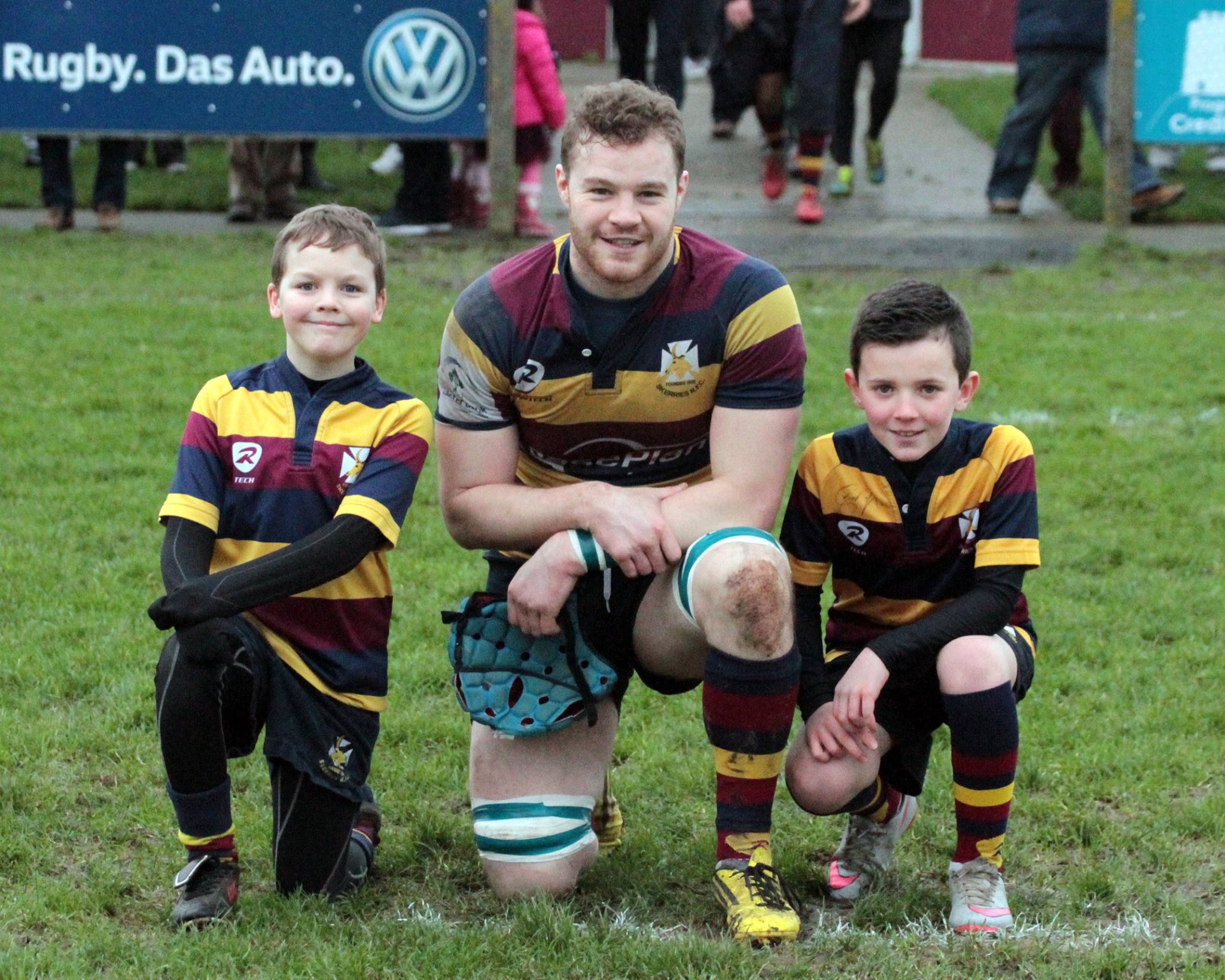 Nenagh Ormond secured a valuable bonus point victory in Skerries  thanks to a comprehensive display of power that set the tone and produced four tries. The young Skerries side, in the process of rebuilding following the loss of their retired, more experienced players, were unable to pass the physical examination and were always chasing the game as Nenagh exerted their dominance. Five minutes into the game and a penalty conversion by the visitor’s full back Walsh was quickly followed by a try from Nenagh’s Kevin O’Gorman after an inaccurate Skerries lineout surrendered possession and resulted in the second row touching down for an unconverted score.  A penalty for collapsing a maul brought the score to eleven nil after twenty five minutes.  On the half-hour mark Skerries captain Ross McAuley was mysteriously yellow carded but this was negated when the visitor’s O’Connor was also harshly sent to the sinbin.  A successful penalty from the touchline by Skerries out half Ciaran Frawley brought the halftime score to 3-11.

After the interval Nenagh surged further ahead when fullback Walsh, opened the Skerries defence and linked with Anthony Grey who scored a try which Walsh converted.  This brought an immediate response from Skerries as Frawley drifted through a gap in the defensive line and his long accurate pass was received by winger Eddie O’Mahony whose mobility and raw pace resulted in Skerries first try.  Hopes of a home side revival were dulled with a try from Peter O’Leary which took the score to  8-23.  But once again, O’Mahony, always looking for opportunities, again touched down for Skerries when he finished off a slick back movement.  With the score line at 15-23 Skerries sought  the score which would result in a losing bonus point  but following a yellow card infringement by the home side’s replacement scrumhalf  O’Loghlen, Nenagh regained possession and Hifo scored under the posts, giving  Nenagh their four- try bonus.

Although frustration at some of the refereeing decisions was understandable, handling errors, crucial turnovers,  lineout issues and ill-discipline are areas that need to be improved if Skerries are to compete  in this Division.  Positives to be taken from the contest include the work rate, effort and energy shown by wingers Derek Keane and Eddie O’Mahony as well as forwards Thomas O’Hare and nineteen year old Tom Mulvaney replacing the injured Joe Glennon.  The young out half Ciaran Frawley in only his second outing continues to impress while the return from injury of  team captain Ross McAuley brought more abrasive ball carrying abilities to the backrow.  The visit to Limerick next week takes on even more significance if Skerries are to maintain their position above the drop zone.

Skerries next fixture is against Thomond on Saturday  Jan 16th. in Liam Fitzgerald Park, 2.30pm.