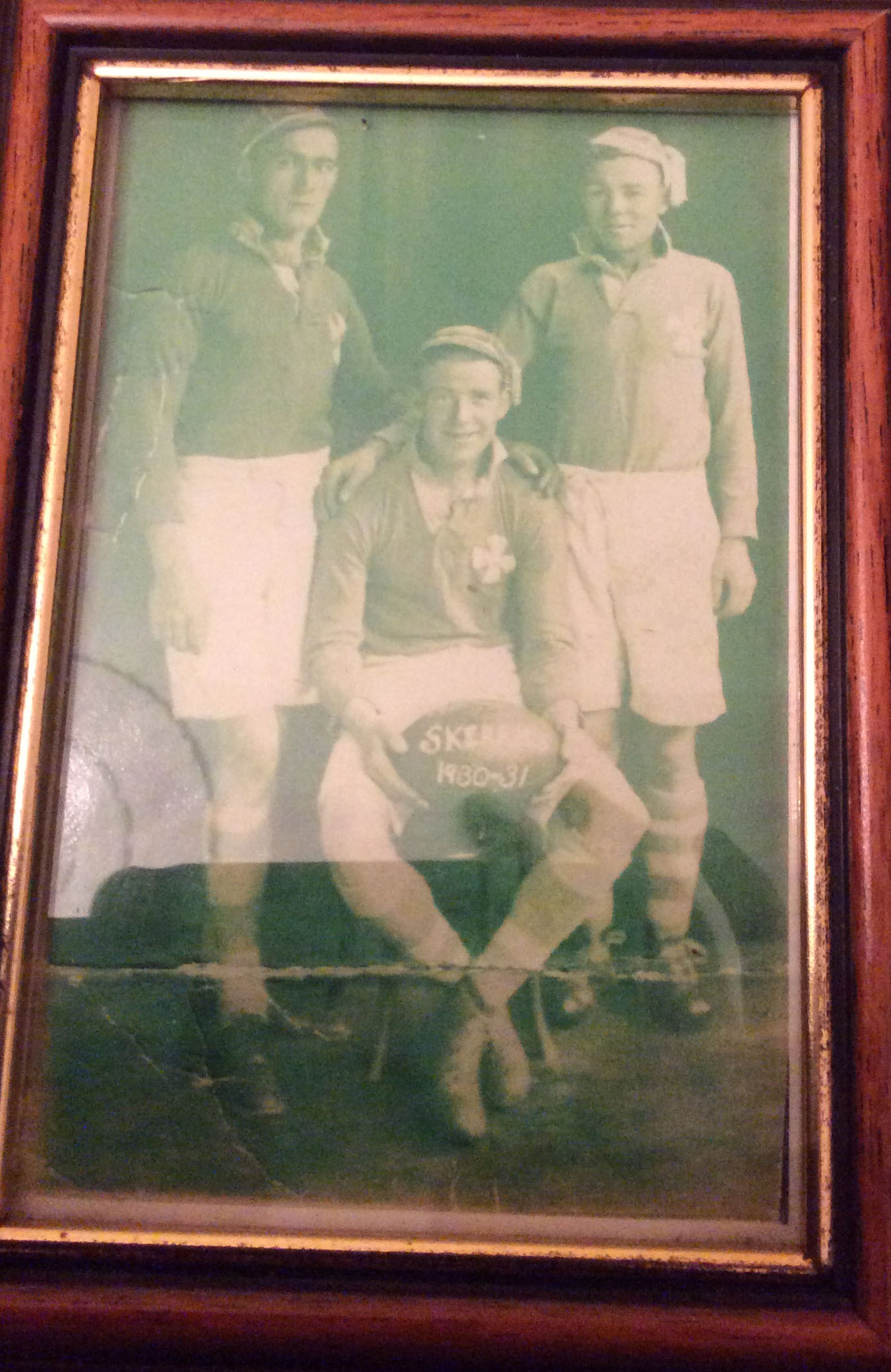 The Generation Game – The Duff’s 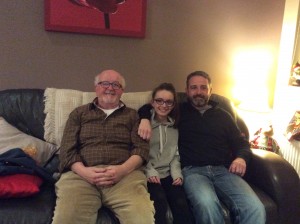 As part of the Clubs 90 celebrations, we are undertaking interviews with members that span 3 generations or more. First up is Billy Duff, President 1997/98, Jonny Duff, Player and current Minis coach U-10 and Chloe Duff, girls rugby

When’s you scan the Skerries Rugby Club records, you will invariably find the name Duff. Since the formation of our Club, past names, Jimmy (Showers), Tommy, Oliver and Joe Duff all contributed in the early days winning Towns Cup as well as Ryan Cup medals in 1929. Tommy Duff now having the ”Duff Cup” called after him as a major Leinster Branch Schools competition

Billy was president of the Club in 1997/98, the year Skerries lit up Lansdowne Road in the final.
Talking to Billy, he comfortably recounts playing as part of the Skerries Colts team in the late 60’s under Gerry MacMahon. He was also part of the only Non Schools Team (entered in the competition as Holmpatrick) so they could play Schools Cup rugby.

Having retired and left Skerries for a number of years, he returned to help out on the coaching side. He recalls helping out on the coaching of Geoffrey and later Jonny. He then became involved in the Social side of the Club before being asked to join the Ranks as President of the Club.
President has always being “my best honour”. I recall being told “be yourself when you take the role”. As Billy says sound advice and he certainly did. The Leinster Presidents still talk about the men in Skirts (Kilts). Billy always has Skerries at heart so much so that every Team’s playing kit is cleaned/ship shape every week.

Moving on to Jonny (the quite man!),
I started playing at 6/7 years of age, in those days it was straight in full rugby. My position was scrum half but played center and wing too. Made a debut in Navan on the wing, one to keep closed for the records.

Recalling funny moments in the game, his cohort Alan Molloy talking to the opposition not to be too hard on him. Gentle Davy Carr, a character.
There was a J1 game against Rock, which with Skerries losing, the game was turned on a Duff moment. As we recall, penalty to Rock, their scrum half takes quickly, might have led to another score but Jonny quick reaction to stop the scrum half only 1 meter from the mark with a crunching tackle (as if to say, going nowhere mate) and the pleaded innocent to the ref, who let me off with a warning, changed the game in our favour. We went on to win a famous victory.

Last but by no means least, Chloe took up rugby as she wanted to play a sport and had tried hockey, Gaelic but rugby was the favourite. She started with the summer camps.
Chloe adds that playing has given her amazing friends, loves playing in Donnybrook as part of the half time heroes for Leinster A. She just want to play rugby for now and see how things progress.
Billy says – I was hesitant at the start for Chloe but the training, friendship, I now always enjoy watching her. Now all the gang are playing which is great.

What makes Skerries the great community Club it is and is there anything to change?. Unanimously all three reply – “why try to fix something that not broken”,  says it all.

The boys have travelled to Dunbar on various occasions and recall the stories. Jonny 1st trip was in 2001, the year it was postponed to September for the breakout of Foot & mouth disease, sneaking a drink up on the train from Newcastle hoping the match would have started by the time the train arrived. Johnny’s worst fear, the team were waiting on him !!

You get the sense that pride and achievement throughout the conversations with Billy, Jonny & Chloe. Billy recalls characters like Turlough Mac Mahon, Jim Sherlock, David Ryan, Pierce & Sean Thornton, Kevin McDonough and many more. More modern day characters were John Connolly, someone all players identify from the sideline.

We could have stayed all night to chat about old times, characters and recall funny stories such was the number.  The ease at which the Duff clan spoke made my questions easier.  It was great to be part of the first article that signifies the tradition in Skerries and pride to being part of it.